So the Intel Gen 11 CPU is officially out. Regarding the processing performance or the internal features, the brothers must have learned and understood quite clearly. However, for CPUs on 14nm process, acceptable or not, the temperature is still an issue that makes it difficult to maintain the performance of these CPUs. Therefore, if you are looking to own an Intel Gen 11 CPU with outstanding new features, then think more seriously about the cooling system for them. In order to maintain the great performance of the CPU continuously, stock Intel fans can hardly afford (Artwork)

While air cooling systems (the good ones) are too bulky and fussy about the case, custom water coolers aren’t for everyone (they’re generally delicious but … expensive). . The rest of the market, the AIO heatsink is the most likely choice right now.

In fact, it’s always been the case, a balanced choice in value and performance. Among the names mentioned when talking about AIO, perhaps no one can surpass the NZXT at this time if we ignore the problem of money temporarily.

Today, though, I will not talk about NZXT’s “extreme” radiators because they are not the AIO model for everyone. The AIO models that I find worthy of the “national” cooling systems of NZXT, are the Kraken X53 and Z53. 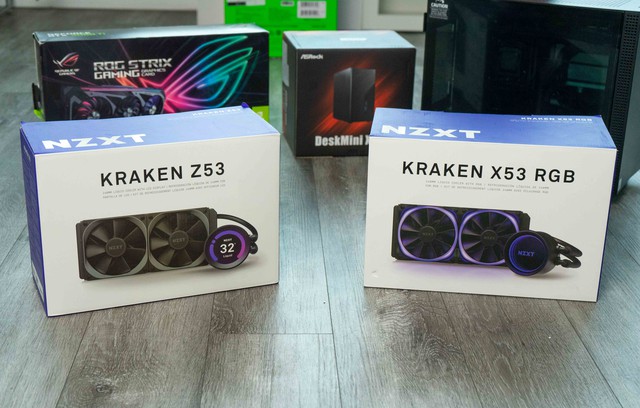 The reason for considering them as the national radiator models also comes from the word “balance”. For the needs of the majority of gamers, it is said: Although we are always pursuing the system as great as possible, in reality people are always choosing what fits their pocket. money and the actual use of its most. Those are the PCs that offer the best performance out of the box.

Therefore, the NZXT Kraken is made to balance performance, fit in a Mini Tower to Mid Tower computer case and ultimately affordable. 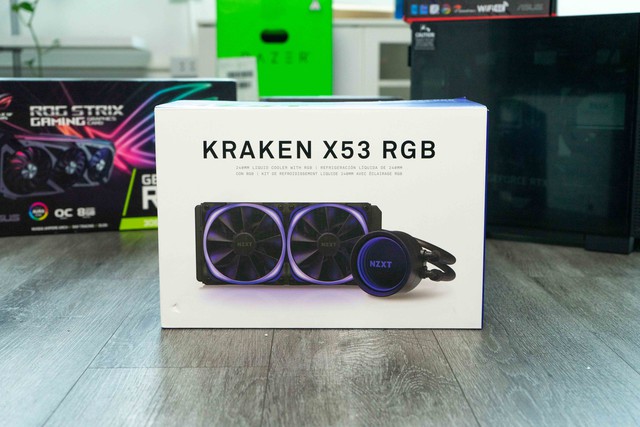 They are radiators with radiator sections measuring 240mm in length, equivalent to the size of two fan cases fitted together. Whether it is mounted on the roof or on the front, the vast majority of popular cases on the market are suitable for them. As for specific case models like ITX or Full-Tower, we will not discuss because those are not common PC Build situations.

But myself, when used with these two heatsinks, I have also chosen a rather small case model, the Razer Tomahawk, to pair and test the compatibility between them. And of course I succeed. 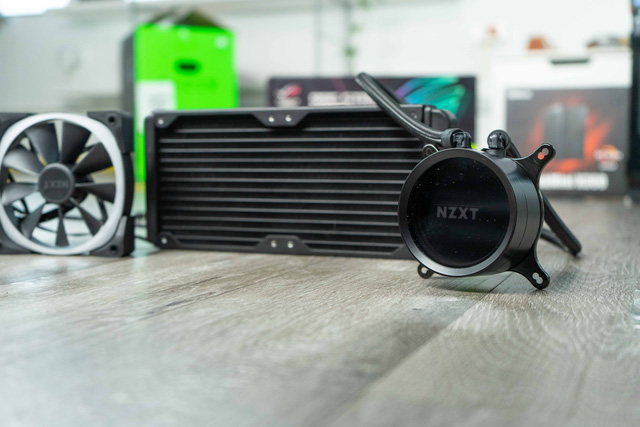 The product is compact, beautiful and has good heat dissipation

In general, the Kraken X53 and Z53 both possess an appearance that is not much different from the previous versions. Or is it that they are almost identical (when not operated)? Especially with the X53, as this is an improved version from the previous X52. But you know that at the time when the X53 was not born, the X52 was a very bright name in the CPU cooling market.

Compared to the previous version, the X53 has had some superficial additions. The first is the RGB LED ring with the infinity mirror on the pump part. Although this part has made a name for the company in the previous generation, this time it has been reworked to have a wider display area.

With the Kraken Z53 it is a little different, for the first time the company has used an LED display on a cooling product. The display capabilities and quality on this heatsink are quite rich, so you can use it as a clock with the basic CPU and GPU parameters being temperature, or as a point. Clicking with pictures, even Gif files is pretty fun. 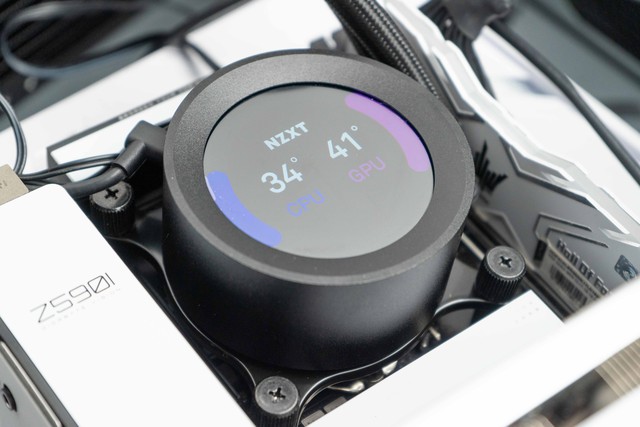 The two fan sets have also been upgraded to RGB, not using the traditional black fan

Basically, both versions offer similar cooling performance, the main difference is still in the display. 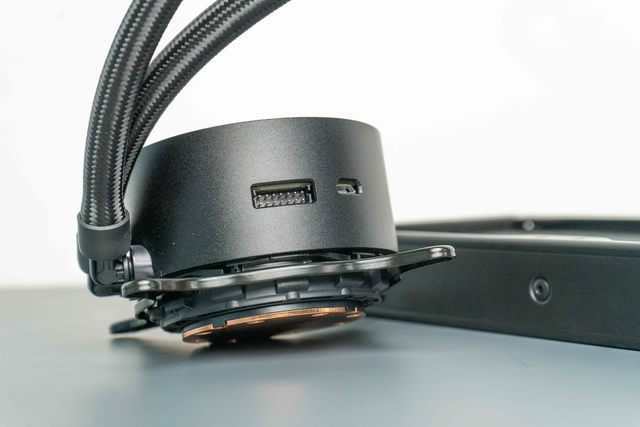 In the two most recent generations of Intel’s CPUs, the race for performance has made their temperatures progressively more difficult to control. Especially for high-end CPU models like i7 or i9, the ambient temperature of 80-90 degrees in normal conditions is confusing.

Therefore, equipping AIO radiators at the present time offers more value in terms of the ability to maintain power than protecting components at high temperatures. And the NZXT Kraken X53 and Z53 are always the pieces of the puzzle to maintaining the ability to play games, work professionally.